School is winding down with only three weeks until summer officially begins.  And that means only three weeks until we have three kids in high school with the oldest in his senior year.  Boy am I not ready for this!  The years definitely fly by faster and faster the older the kids get.  I love the young adults they have become but it is hard to watch them get closer and closer to leaving the house.  But that is our job as parents – to prepare our kids for life on their own.

Two weeks ago, Travis and I were at a beautiful outdoor wedding and on the way home, he told me he could not close his right eye all the way and his face was getting numb.  The ER nurse in me immediately thought “stroke scale” as I went through the mental checklist in my mind and I asked him every assessment I could think of as I drove us home.  The hard part was trying to figure out how to tell the kids “I think your dad has Bell’s Palsy, but we really need to make sure it is not a stroke so I am taking him to the ER”.  At the end of the night, I came to two conclusions – 1. after an MRI of his brain, I was right about Bell’s Palsy and 2.  I am so glad I do not work in the ER anymore!  Poor Travis has been dealing with a flaccid face for three weeks.  He looked like a stroke victim as his symptoms got worse over the course of the next few days, and he struggled with trying to talk so people could understand him and dealt with lots and lots of stares.  Thankfully he is recovering nicely, and the paralysis on the right side of his face is slowly fading.  He can actually blink in unison and close both his eyes.  And when he smiles it is not so noticeable that he has anything wrong.  For those of you who do not know, Bell’s Palsy is thought to be viral and paralyzes the facial nerve on one side of the face.  It is usually treated with an antiviral and prednisone but studies are inconclusive as to whether those drugs help or not although my nurse friend who worked in an ENT office for 35 years says the drugs help people recover faster which is the case for Travis.

Ryan is struggling with c diff again, and his seizures have been pretty bad too.  He always has lots and lots of seizures but his myoclonic jerks are dropping him to the floor. Just this evening he had a huge drop seizure when I got him out of the van, and he plopped rather hard onto the garage cement floor.  The poor guy is going to have a sore rear end tomorrow.  We will be spending a lot of time at home in the next week as he cannot go back to school until he is off the Flagyl which he starts today.  His cecostomy got infected last week and the broad spectrum antibiotic we put him on caused the c diff; he was hospitalized with c diff in November too when his stomach shut down again.  It is always something with this kid! It hurts my heart to watch Ryan constantly struggle with seizures then on top of it have to struggle with a failing GI system and constant infections.  His arms and legs are getting skinnier and skinnier as his muscles weaken.  He is so quiet these days hardly ever letting out any sound although saying “do you want to take a bath?” will always elicit a big, happy squeal!  It is simply his favorite thing to do.  Ryan loves bath time!  It truly is the simple things for our cute boy.

Brad had prom last weekend at his high school and the weekend prior at his girlfriend’s school.  It is quite the ordeal but it was fun to see him all dressed up.  Here he is with his best friends and his girlfriend Callie.

He is having a fun time with golf this year and usually spends six days a week on the course.  Thankfully we have had some beautiful weather that has not hindered their playing time.

Sidney finished her club volleyball season and starts summer 4v4 league next week then will join a sand volleyball team in June.  She will be babysitting a lot this summer so if anyone needs a fabulous, responsible teenager let me know as she is available.  She is excellent with special needs kids too because of her brother obviously but she enjoys every age.

Trevor is doing great and had fun with his friend Will at our church’s first respite night where we offered three hours of babysitting and fun while parents enjoyed an evening out.  We had around 40 kids there with about 18 having special needs; the rest were siblings of those kids.  It was a blast!  We are doing it again in July, and I cannot wait for that night to get here!  It was certainly a lot of work but we are excited to see how this ministry grows as we extend the invitation to others in the city.

Trevor and Will have gone to school together since kindergarten and they have a beautiful friendship. 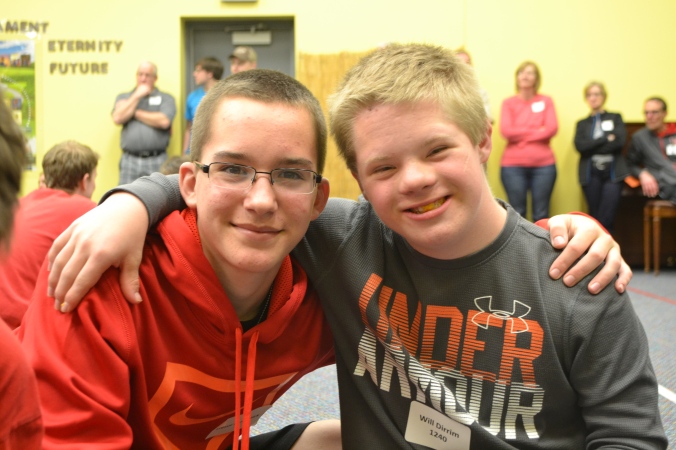 Sidney was a buddy to Rose, a sweet, energetic six year old who recently started attending our church. 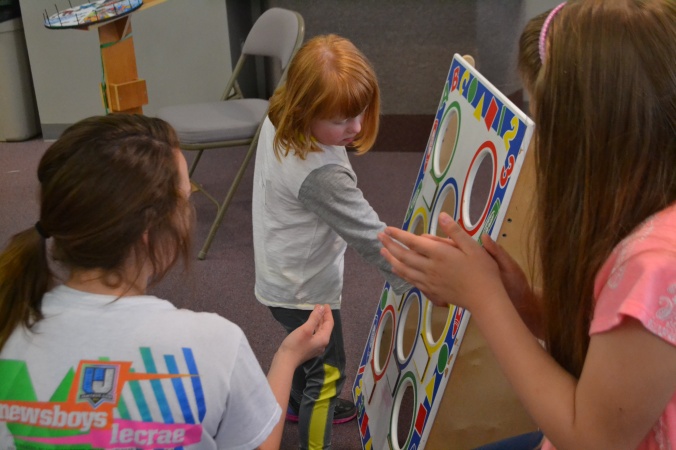 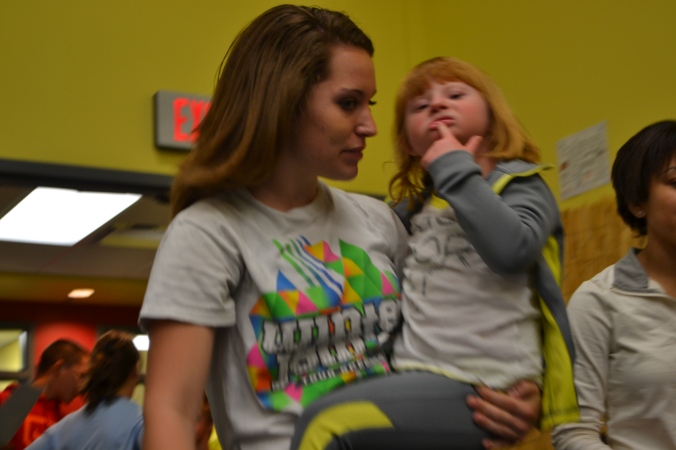 And sweet Ryan was there too although I am not sure he had as much fun as the other kids.  I think it was a bit much for him after a while but he was a trooper and handled it well. 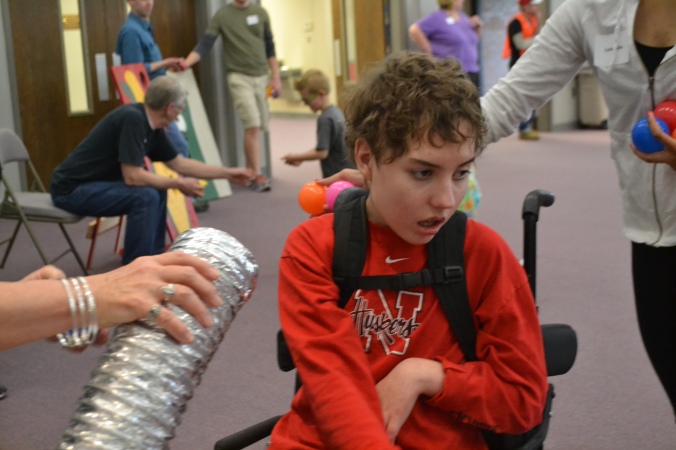 I think the biggest lesson I have learned over the past few weeks is simply this ~ the Lord allows painful situations in our lives to occur so He can use them for His glory.  There are so many things that have happened to Travis and me which, at the time, I seriously wondered why God would allow such pain.  With time, I have been blessed to see what beauty God can make from those heart wrenching seasons when we continue to trust Him and place our every desire and dream and need and worry into His care.  I can look back and say “if this had not happened, I would not be in the situation I am now where God is working”.  The Bible says And we know that in all things God works for the good of those who love him, who have been called according to his purpose ~ Romans 8:28. All things…God has certainly been faithful in using all things for His glory and purpose.  I cannot say I can see positive outcomes from every difficulty we have faced, but I can say in every difficulty He has made good things in one form or another.  There is peace in my heart knowing I am exactly where I am supposed to be for today.  What a blessing it is to walk with a faithful, loving God who holds our every tomorrow as faithfully as He has carried us through every yesterday.