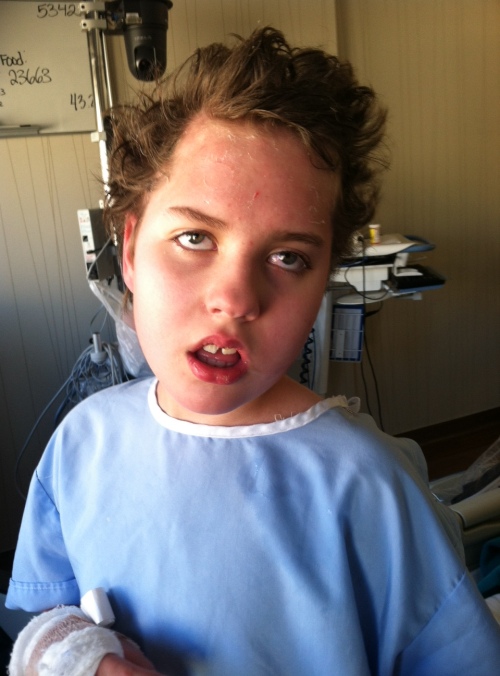 This is how I felt too when we left the hospital today. Tired. Frazzled. Weary. Teary-eyed. Sad. On a positive note, we were able to records loads of seizures in a very short period of time which is why we are already home. But we knew that would happen. Ryan is world famous for having lots of seizures. All the time. Every day. Never catches a break. So monitoring seizures is quick and easy with him. Travis drove up this morning after the kids left for school and arrived just as the doctor was in the room to talk about findings. He confirmed what we didn’t expect – that the nystagmus (eyes jolting back and forth very quickly) is not seizure activity. I was shocked by that one. The doctor thinks the eye movements might be behavioral changes in his brain. I’m not convinced of that idea. Ryan does have a lot of seizure activity in his left frontal lobe that is not controlled (we knew this) and he also has seizures in his right hemisphere that are crossing what is left of his corpus callosum (the pathway that allows both sides of the brain to talk to each other) and spreading quickly throughout his brain. And as it has been since he was a baby, he has constant seizure activity that is sub-clinical meaning you can’t see any signs of the seizure activity when you look at Ryan. So basically he is still a big seizure mess which we knew. The doctor suggested we finish the corpus callosotomy surgery we did in February 2012 and cut the remaining 1/3 connection between the right and left hemispheres. We are not willing to put Ryan through another brain surgery especially when it won’t cure him and it will cause physical set backs. The doctor said he thinks Ryan’s brain can recover fairly quickly because he is only ten and his brain is still developing. But from our standpoint, it is silly to put him through another surgery that can’t fix him only to cause more physical problems to add to the already cumbersome vision and balance issues on top of the increasing weakness. My momma’s heart just can’t even take that option. So then we talked about trying more meds. He wants to put Ryan back on a medication we tried over a year ago – Sabril – but this med can cause the permanent loss of peripheral vision and when we tried it, Ryan was so drugged, off balance and sleepy he was only awake for 3-4 hours a day and even then he was like a zombie. And we couldn’t even get him up to a therapeutic dose that would actually do any good. One of Ryan’s meds has changed since that trial and the doctor thinks he might do better this time and not be so tired but I’m not convinced yet. Then we talked about putting him in physical therapy which he is already doing on a weekly basis for his weakness. We both feel like the doctor simply has no idea what to do with Ryan and is grasping at straws trying to come up with something. I’m sure it’s frustrating for him as a very specialized and highly respected physician because he is in the business of fixing people. And Ryan simply can’t be fixed. We are going to do a sedated MRI at Children’s in the next few weeks just to see if there is anything major going on we don’t know about that is causing all the balance and vision issues as well as the increasing weakness. While talking to my physical therapist sister who is very wise in her profession, she suggested maybe Ryan has a mid line shift syndrome. Go here, if interested, (http://www.developmentalvisioncenter.com/Content/visiontherapy/braininjuries.aspx) for an easy read basic idea of what she is talking about. It makes perfect sense but isn’t something we can fix. Beyond that, Travis and I have a lot of discussing to do tomorrow to decide how we want to proceed. It’s simply heart wrenching to deal with all this and I don’t know how to find the words to adequately tell you what my heart feels. Travis and I made the decision in January to put Ryan on palliative care meaning we are done trying to fix him and instead are only going to focus on his quality of life. But since that decision, the weakness, balance, and nystagmus issues have all come up. It’s so very hard to find that fine line in the sand between A: putting Ryan through procedures and medication changes that may cause a temporary decrease in seizures knowing they will once again burst back to life at full speed and B: accepting that we have done everything possible to give him the best quality of life we can. My heart simply aches tonight. Grief knows no limits. It is sneaky and lurks behind hope. It waits for the perfect moment to pop out and tag along with doubt. The two of them together make the best team. They cause you to rethink decisions, question motives, get ugly and short tempered.

Sunday I made the decision to go to the church service instead of meeting my sweet special needs friends for the Masterpiece Sunday school class. I’m certain the Lord put a gentle nudge in my heart because I needed to hear the reminder Pastor Mark gave from Psalm 91. It’s one of my all time favorite passages in the Word, and vs 4 is my favorite. It’s my go to promise when hard finds me. When grief strikes. When doubt plagues. When comfort is beyond reach.

I can’t and don’t want to image experiencing the hard moments without my faith. Without hope. Because hope tells me there is so much more coming. Hope tells me Christ died so I might have eternal life. Hope tells me the day is coming when Ryan will be whole and healed and perfect. But that day isn’t going to make an appearance here in this life. That hope is eternal. It’s the promise I keep tucked away like a well worn and tearing creased love note. It’s what makes getting through today possible. It’s what makes Psalm 91:4 such a comfort. Because I know there is so much more. I know there is eternity to look forward to. I know these struggles are temporary. I know I am called to faithfulness. To appreciating the good and the bad and the fear and the worry and the hurt and the grief and the doubt. Because without all those ingredients thrown into the recipe of life, I would lack a reason to trust in Jesus Christ. Because life is about glorifying God in the easy and the hard. Most definitely in the hard. His grace is what gives me the drive and purpose to get through the searing pain of a broken child. His hope is what gives me the energy to wipe away falling tears. His love is what gives me the comfort to remember comfort comes in the whisper of the wind, the ray of sunshine on my face, the tousle of dying leaves. Seasons change. And this moment with Ryan’s health may trudge through the changing seasons, but my growth in the seasons
of uncertainty and pain and trying to do the right thing, the best thing, is the blessing that comes with faithfulness to the path my Father has called me to walk.

Phillippians 4:7 says this – And the peace of God, which transcends all understanding, will guard your hearts and your minds in Christ Jesus. I’ve experienced Satan’s attacks many times when I allow fear to rise up and take me hostage. It’s very easy to play the “what if” game. We all do it. But like Pastor Mark reminded me on Sunday, if I’m living in fear, I’m not trusting my Heavenly Father.

Whoever dwells in the shelter of the Most High will rest in the shadow of the Almighty.
I will say of the Lord, “He is my refuge and my fortress, my God, in whom I trust.”
Surely he will save you from the fowler’s snare and from the deadly pestilence.
He will cover you with his feathers, and under his wings you will find refuge;
his faithfulness will be your shield and rampart.
You will not fear the terror of night, nor the arrow that flies by day,
nor the pestilence that stalks in the darkness,
nor the plague that destroys at midday.
A thousand may fall at your side, ten thousand at your right hand, but it will not come near you.
You will only observe with your eyes and see the punishment of the wicked.
If you say, “The Lord is my refuge,” and you make the Most High your dwelling,
no harm will overtake you, no disaster will come near your tent.
For he will command his angels concerning you to guard you in all your ways;
they will lift you up in their hands, so that you will not strike your foot against a stone.
You will tread on the lion and the cobra; you will trample the great lion and the serpent.
“Because he loves me,” says the Lord, “I will rescue him; I will protect him, for he acknowledges my name.
He will call on me, and I will answer him; I will be with him in trouble,
I will deliver him and honor him. With long life I will satisfy him and show him my salvation.”

Thank you for your kind words and prayers. Travis and I can not express what it means to know God’s army is standing with us and interceding on our behalf. You all have our hearts. We love you.

2 thoughts on “we are home” 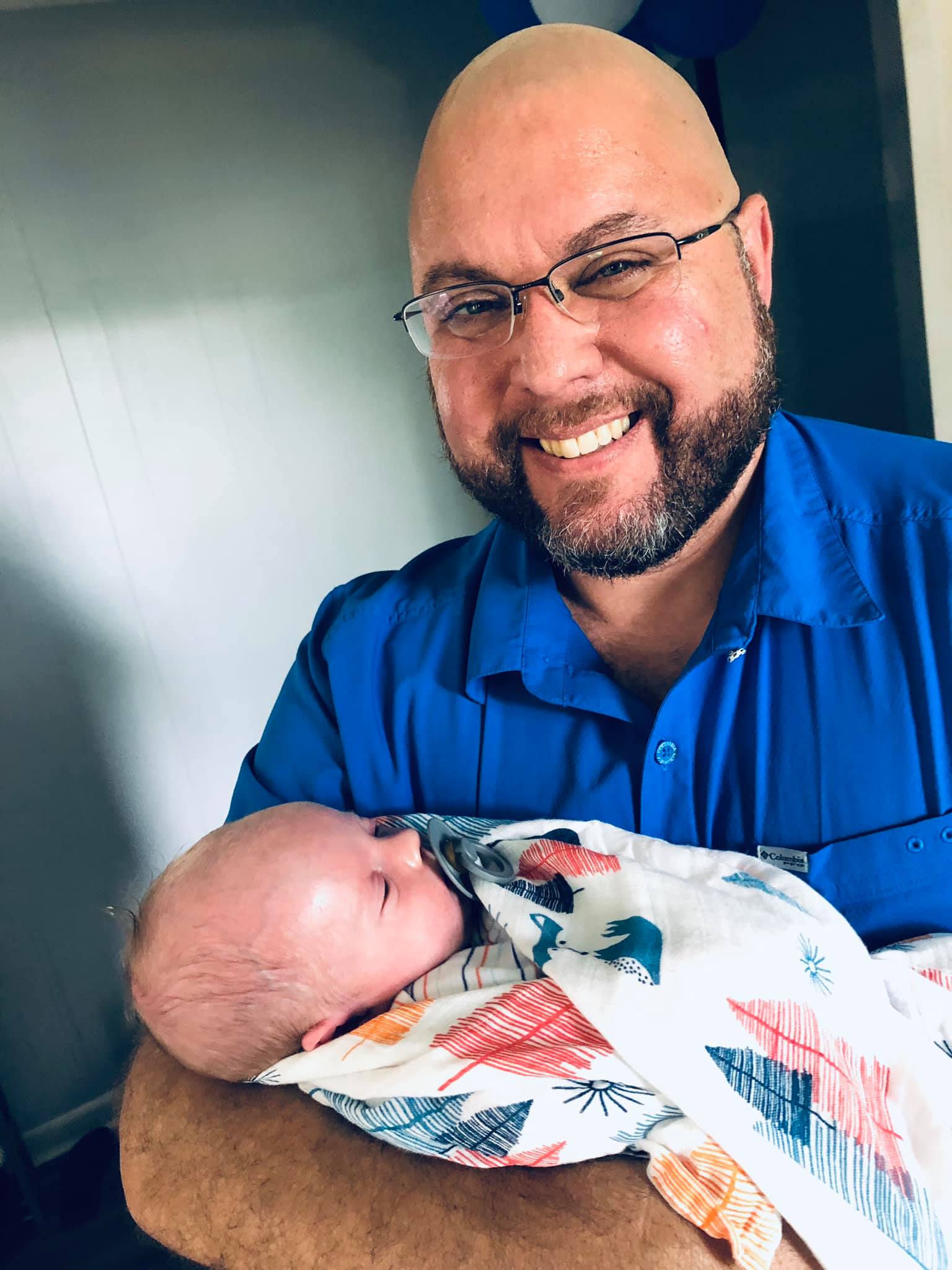