Ryan, Candy and I arrived at UNMC this morning and were quickly admitted to the PICU. Once again we have a fabulous group taking care of him. Some little cutie decided to be a stinker and fight all the sedation. After getting his IV, he was given 50mg Benadryl and 2mg Ativan all IV. Now for an adult that should be enough to knock you out. Oh but not for our Ryan. This kid has been addicted to Benzos for years because of all his necessary daily and rescue drugs. We tried another 1mg of Ativan, and after the doctor stopped in and Ryan was still awake, he got another 2mg. This is a phenomenal amount of drugs! Most of us would be on a ventilator in respiratory failure with all that in our systems. But not Ryan. He was definitely drugged but could still open his eyes, squirm and shout out an occasional “nnnooooo!” Unreal. Of course once we got all the electrodes on and covered his head, he went right to sleep. He has to do things his way which is fine. Good thing he is so cute! He had so many seizures before he was hooked up; hopefully tomorrow will be just as productive. He should be here for two days so probably home on Wednesday. Thanks for your prayers. This is pretty old hat to us but it’s still no fun being stuck in the hospital and Ryan can’t get out of bed the whole time. Will keep you updated! Here are a few pictures of our day.

Just got an IV and not too happy about it

Waiting for sleep to find Ryan

Finally!!! It only took four hours to get here. 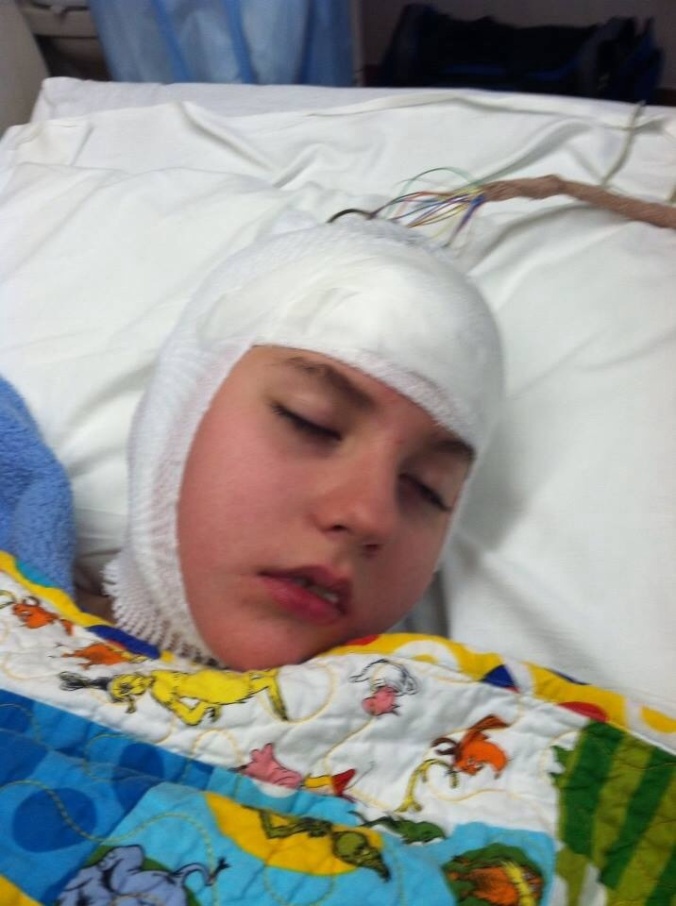 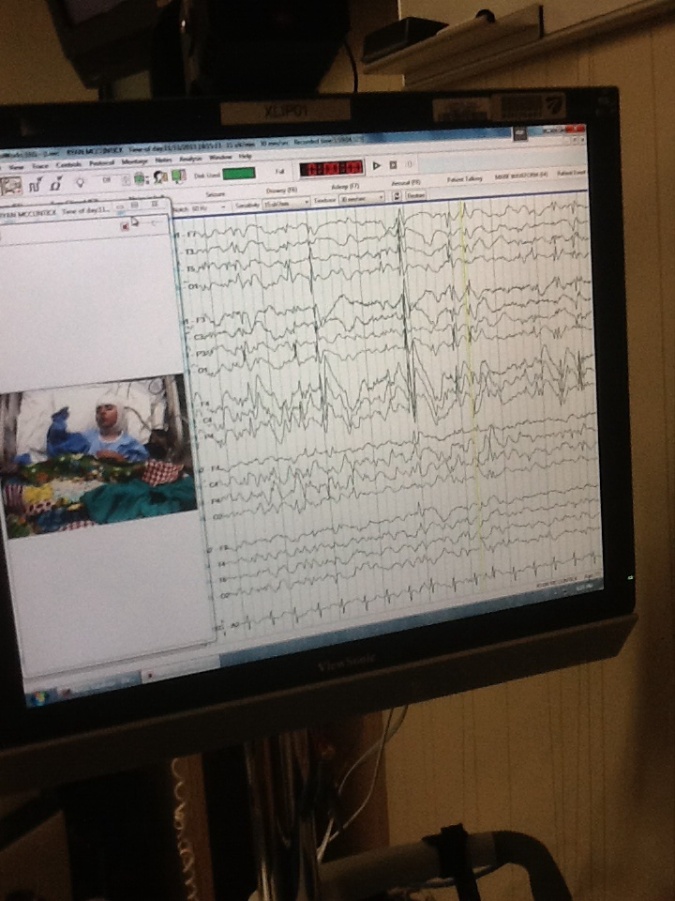